In our most recent GSA interview, we were lucky to be able to talk to Emeritus Professor Holton about his book Global Inequalities published in 2014 by Palgrave Macmillan. 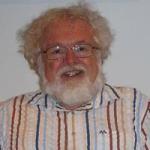 Most approaches to global inequality are economic, centering on income and wealth alone. These are very important but need to be integrated into a broader approach which looks at health, education, gender, race and ethnicity across time and space. Addressing income inequality would make a great difference to life-chances adversely affected by lack of resources and opportunities, but does not necessarily make any difference to inequalities arising from patriarchy, racism, and cultural prejudice. My book grapples with this wider agenda of issues through a multi-disciplinary perspective.

It appears obvious when you state that inequality cannot be treated as a ‘universal’ phenomenon that can be approached in the same way across the world, however the main ideological approaches to the topic often do precisely that in making prescriptions that demand radical changes to political institutions and/or structures. Do culturally and historically sensitive solutions require a total reevaluation of these approaches?

Well I do think much of the debate offers  a simplistic choice between optimistic faith in ‘free’ markets and deregulation, on the one side, and pessimistic resistance to economic globalization, on the other. These highly generalized ideological options simply foreclose on a more complex set of challenges. One challenge is that some countries/regions (eg. South Africa, Brazil, Southern states of USA) have a long history of high inequality, while others (eg. much of western and northern Europe) do not. Recognition of historical path dependency and long-term legacies of processes such as slavery or colonization is necessary to address contemporary patterns of inequality in such circumstances. But in other contexts past legacies of egalitarianism of social-democratic reform offer alternative opportunities. We cannot simply rely on a universal formula that fits everywhere exactly the same. So nationally sensitive solutions matter a great deal to the politics of inequality reduction.

Yes, the distinction between these two types of measures is very important but often neglected, Indeed Piketty’s recent book is almost entirely about within-country inequality, neglecting inequalities between countries and regions within the global division of labour, and themes like imperialism, dependency, and core-periphery relationships. Of course, the two types of inequality are inter-related in the sense that powerful interests within countries are often integrated into global networks and hence power inequalities both within and between countries are inter- related. Territorial distributions of wealth are also becoming hard to measure with the global mobility of capital, and the growth of tax havens. Since writing the book, I have become convinced that rentier classes drawing income from mobile global capital, and with multiple places of residence across the world, represent some kind of emergent glocal capitalist class, or at least a significant fraction of that class.

In a world of national comparisons measures such as GDP per head are used widely. Under conditions of globalization which inequalities matter most and how can they best be measured?

From a political or existential point of view, it is for social actors to determine whether and how they perceive and experience inequality, and what matters most to them. From an analytical viewpoint, and I think this is what you are getting at, I do not think there is one type of inequality that matters most, reflecting a predominant general cause of global inequality. Single-shot theories, as I argue in the book, don’t have a universal purchase. To take one example, income inequalities, according to the World Health Organization, account for only around a half of health inequalities. Of course, not everything can be measured. There is need for qualitative as well as quantitative research. Ways of life and the trials and tribulations of existential inequality lived day-by-day (going hungry, getting evicted, imprisoned or abused, or simply finding ways of organizing scarce resources to feed families and children), all require analysis. Longitudinal research also helps determine how far the poverty of individuals is transient or permanent, something that cross-sectional statistics cannot resolve.

You highlight how economic factors alone are somewhat ambiguous in providing an explanation for inequality – showing both negative and positive relationships depending on additional variables. Instead, an appropriate response to inequality needs to account for historical processes and cultural distinctions making it difficult to singularly demonize one factor such as economic or financial globalization. However, one thing that these factors have in common is their relationship to power structures, which have been dominated by Western countries through colonialism, global markets and their related patterns of discrimination and distinction. In other words, you present a complex picture of the phenomena and list a series of pragmatic responses but can they overcome the major power asymmetries that structure global inequalities?

Yes I do think there is an argument for a kind of targetted and robust pragmatism. I review this towards the close of the book. What works and what doesn’t should be an important test for all policy responses to inequality. I don’t think pragmatism means weak and wishy-washy, or that structural change means hard-faced and heroic. This is a false distinction. Beyond that, I agree that tackling power asymmetries is vital, whether in economic decision-making or patriarchal control of gender relations. Two suggestions I make in the book would I think go some way to address power asymmetries. One is a global transactions tax on financial transactions, the proceeds of which could be used for the full range of human development objectives. The other, certainly utopian idea in current political circumstances, is a controlled expansion of immigration from poor to rich countries, conducted in humane way. Piketty, for his part advocates a global capital tax. None of these would generate fundamental social change leading to a new kind of society, but all would challenge powerful interests

Immigration is an extremely important phenomenon that could help to alleviate global inequality but only if richer countries are willing to give up some control over the immigration process. This is, as you point out, a highly contentious area and one that reflects the close link between public discourse and politics. Does there need to be a change in this discourse before such change can be made in the policy of rich countries, or do you see the beginning of some change already?

Immigration is a contentious area, and most politicians believe it would be electoral suicide to call for richer countries to take more immigrants. The evidence that immigrants take jobs from existing workers in significant numbers is simply not there. I think that without some kind of limited opening up, those in poor countries are denied one potential route to a better life. We will simply be faced with one moral crisis after another as would-be migrants are drowned in the sea, asphyxiated or frozen to death in the back of trucks, or murdered and abused by traffickers.

When we talk about historical legacies or path dependencies, how can we balance the interests and autonomy of individual societies with external support and influence? One of the common criticisms of development aid is that the interests of donors come before those of the recipient countries.

There is a difficult balance here between internal and external needs and interests. Much is made of development partnerships and a greater involvement of civil society in development programs, but progress is still very limited in many areas. There are however individual successes, including some partnership based health programs in sub-Saharan Africa, which tend to be ignored by general debates for and against development aid. This whole area is very difficult too because geo-political issues and corruption remain major obstacles to change. NGO activists, however, set some kind of example by keeping going, raising issues, changing agendas, and delivering support at a micro-level. Look at the stellar work of Médécins Sans Frontières in the ebola outbreak in West Africa.

You make a strong case for the policy significance of global theory, which is important to be able to demonstrate in the current context of research assessments. Social theory and research on globalization do not always actively engage with policy in such a clear manner. Was this an objective going into the book, or was this a result of your research background coming to the fore during the writing process?

I have wanted to develop a more explicit policy focus to my work for sometime, and in this book, and the previous volume on Global Finance, I feel that I have done so. Social theory can be very scholastic, and policy-making can be fairly philistine about grand ideas or abstract discursive analysis. I hope I have hacked out some pathways between the two. Its taken me a long time to get to this point. As a modest participant in the upheavals of 1968, I assumed at a very early age that I had both interpreted the world and knew how to change it? How misguided and arrogant? The wheels fell off in the years after 1968 when radical social change failed to eventuate and things went backwards. Its taken me 40 years or so to re-enter the fray. I hope that makes sense.